“The best time to plant a tree was 20 years ago. The second-best time is now.”     – Chinese Proverb

Do you find yourself wondering if you’re too old to start using the infinite banking concept? Well, unless you’re done buying things, you’re not too old to start. What you’re really wondering is whether or not the cost of insurance is going to be too high for you. While this is inevitable once you reach a certain age, this video will analyze just what that means and why it isn’t a bad thing.

You can’t regain control of your cash flow unless you control the banking function.”

When someone comes to us and asks if they’re too old to start an IBC policy, what they’re really asking is, is the cost of insurance too high for me? They associate being older with a higher cost of insurance, which is absolutely correct. Understand this, yes, the older person is going to pay more per thousand of life insurance coverage than the younger person. There’s no way around that. However, because that person is older, the insurance company has to reserve more money sooner in order to make sure that they’re able to pay the claim. So those two issues cancel each other out. The higher premium is canceled out with a higher reserve, which by the way, infinite banking is all about the reserve or the cash value.

There’s a third piece going on that makes infinite banking actually more attractive for older people and that is the fact that they’re more likely to die. Because they’re more likely to die, there’s a probability that the cashflow management tool that you use to buy things is now going to pay off in a tax-free death benefit. Think of it this way, the life insurance company reserves more for an older person. They’re willing to pay more to the older person to surrender their policy. Let’s look at a practical example that’s comparing insurance policy’s on Olivia and me. So, Olivia’s 29 and I’m 57, let’s say we wanted to buy $50,000 of insurance paid up at age 100. The premium for Olivia is going to be much lower than the premium for me, but the amount that the insurance company has to reserve for every annual that’s paid is going to be greater for me than it will be for her. Why? Because they have 71 years to reserve for Olivia and only 43 years to reserve for me.

Let’s take a look at how Nelson Nash, the author of Becoming Your Own Banker, addressed the very question. Am I too old to start this? Nelson Nash was 52 years old when he discovered this concept and his situation was such that he was buried in debt and he was looking for a solution to the problem that he had created for himself with the banks at that time. He also knew that he was paying state farm insurance company about $400 per year on a whole life insurance policy. His cash value was growing by over $800 per year. It was then that he realized the solution to his problem. He needed to get his premiums as large as his mortgage. If he did, he’d be in a great position financially. It was at that point that he started to get as much insurance as he can on himself, his family members and anybody else whom he had an insurable interest. At one point he had over 44 life insurance policies.

You see, Nelson knew that owning cash value in those policies was as close as he could get to owning his own bank. Life insurance is not an investment, but it is a vehicle that you can use to become your own bank. It is a vehicle that you can use to manage your cash flows and pay the profits that you would a bank back to yourself. It took 14 years to get rid of the need for a bank in his life. After those 14 years, he borrowed against the cash value in his life insurance policies and never needed to borrow from a bank again.

Remember, life insurance is not an investment, but it is a great tool to be used to become your own bank. It is a great cash management tool where you can manage your cash flows to rid yourself of the need and the control that banks put on us. Basically the question is, do you want to be controlled by the banks or do you want to be in control of the banking function? You can’t regain control of your cash flow unless you control the banking function. Either you control the banking or the banks control you.Whole life insurance is the ideal cashflow management tool.

Let me give you a practical example. We have clients that started a business 20 years ago. At that time, they borrowed $2 million to capitalize their business. They use that capital to generate profits. They used the profits to pay back the loan. 10 years after they started the business, the loan was paid off and they decided to expand their business. They went back to the bank to borrow another $2 million, but the question becomes, whose money did the bank give them for the second loan? The bank gave them back their $2 million and charged them interest and a fee to do so.

In conclusion, you’re never too old to start using the infinite banking concept. You may not be able to get a policy on yourself, but there are certainly people in your life who you could insure, and you could own that policy and control the cash flow in that policy.

Think you know the problem with the debt & deficit? 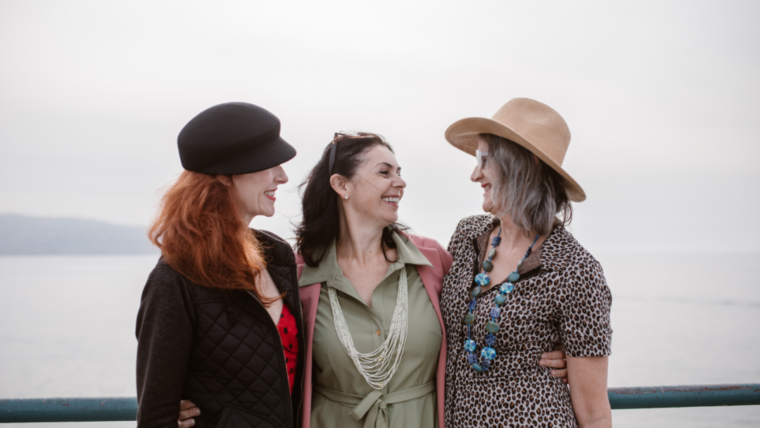 Is having a paid-up rider worth it on my Whole Life Insurance Policy? | Tier 1 Capital